Kaymakli is one of the two most well-known Undeground cities in the Cappadocia region. Derinkuyu is the other. Since those two are located not too close with each other and I didn’t have plenty of time I had to choose one.

My hostel in Goreme was just a short walk to the bus station / otogar so I strolled there right after finishing my complimentary breakfast. There’s no direct bus to Kaymakli, had to transfer in Nevsehir city. When in Nevsehir I met some people going to the same destination, a German guy, an Ecuadorian girl, a Columbian guy, so we went together. We got in a dolmus that headed to Kaymakli. 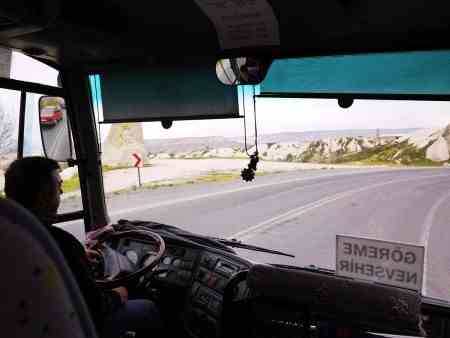 Kaymakli Underground City is quite deep but only four floors were accessible. The space is pretty tight, definitely not for claustrophobic people. Rooms are connected by tunnels and stairs. Those rooms were used as living space and some have specific purposes such as for storage and cooking. They even had a church down there.

It is estimated that around 3500 people once lived in this place.

Up next: El Nazar Church

One thought on “The Underground City of Kaymakli & El Nazar Kilisesi”