Early that morning, I arrived in the city of Malatya after an overnight bus travel From Goreme, Cappadocia. My original plan was to go to Kahta directly but all the buses from Goreme was fully booked that day. I’m not always lucky I guess.

Malatya Otogar is located at the West of the city. I couldn’t see any buses with the “Kahta” sign in there so after an hour inside that bus terminal I went out to the highway. 30 minutes later I was already inside a dolmus, heading to Adiyaman. From Adiyaman it should be pretty easy to reach Kahta as the two city are pretty close to each other in the map.

One short break and two hours later all the passengers got off. We’re at the dolmus otogar in Adiyaman already. It’s a small otogar and I could see a dolmus to Kahta right next to me. I didn’t get into that dolmus right away, as I remember about some article I read a few days before, about the ancient city and burial grounds in Adiyaman City. Might be a good idea to visit that place, I thought.

The ruins is located in Pirin (Ruins of Perre) at the outskirts of Adiyaman. The ancient city was one of the largest cities of the Commagene Kingdom dating back to 162 B.C.

So I Opened my map and started walking to that direction. It was 3km and took me +- 45 minutes. There were also buses to Pirin, I only took it on my way back to the dolmus otogar. 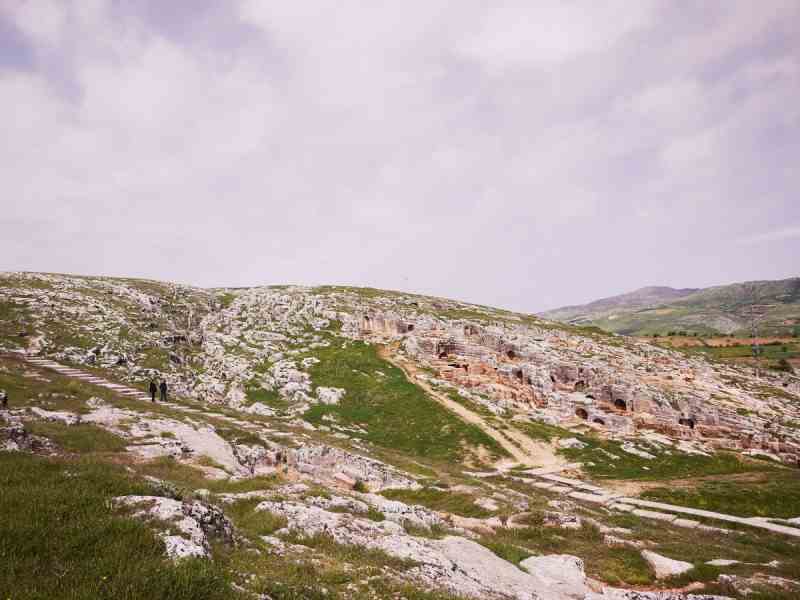