No, this is not Bali. The grand temple, Pura Parahyangan Agung Jagatkarta is located at the slope of Mt. Salak, West Java, approximately 15 km from the City of Bogor.

The building of the temple itself is relatively new, it’s only built in 1995. But many believe that this location was the center of Pakuan Padjajaran, the capital of Sunda Kingdom, the last remaining Hindu Kingdom in Java (Alongside Majapahit) before Islamic influence arrived to this land. 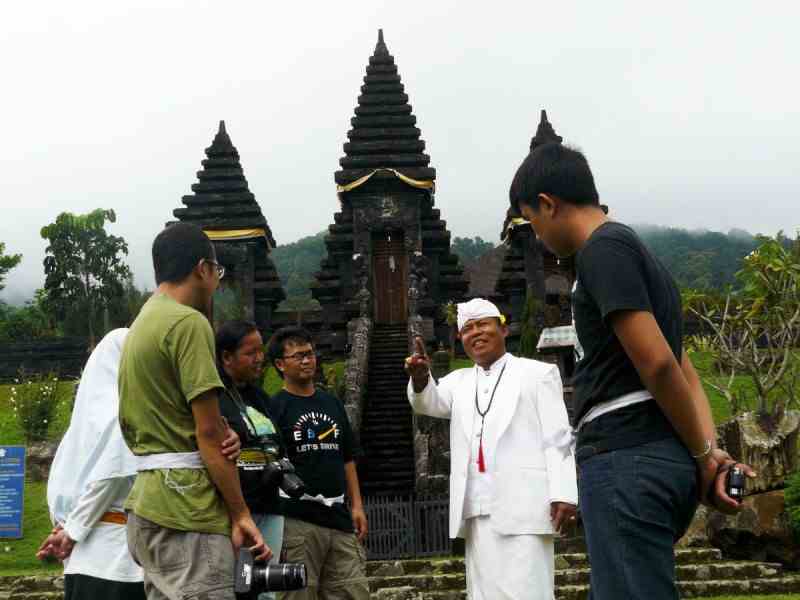 The place is reachable by public transport from Bogor (“angkot” heading to Ciapus) and if you’re lucky to find a Hindu priest there he would be happy to talk about their religion, customs and history.